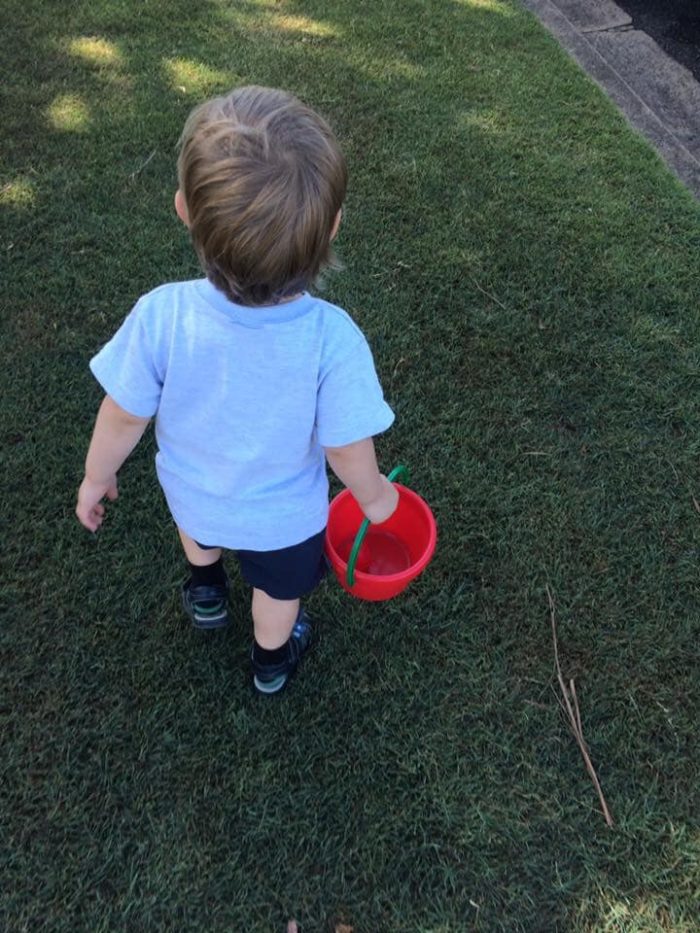 When I was at uni I had the pleasure of learning about child psychology from Prof Matt Sanders (founder of Triple P). Matt was a wealth of knowledge and I learnt MANY things from him, but there is one particular piece of parenting advice that still echoes in my ears on an almost daily basis.

We were talking about how to reduce tantrums.

Don’t get me wrong. This isn’t about not setting limits.  There are always going to be times when we have to have no to our children.  But this is about asking yourself the question – can I say yes?

Why is saying yes so important?

Let’s have a look at this example from when my son was two. It’s hard being two. You are learning all about the world and your place in it. You’re just coming to realise that you are a separate being with the ability to act on the world. To set an intention and act on it. And then people start to tell you no.

Hearing no all the time is frustrating for little brains. Saying yes is about finding opportunities for your child to successfully gain a sense of autonomy and control. To feel like their voice matters. So saying yes sends a powerful message that they can act on the world in a meaningful way. Children who don’t get enough of these opportunities, who feel like they have no opportunities to be in control, are much more likely to try to gain that control through behavioural outbursts.

So if it doesn’t matter – say yes.

When it was time to walk to school to pick up my son the afternoon this photo was taken, my 2yo was carrying around a bucket with a toy strawberry in it. He wanted to bring it with him for the walk to school. Instinctively, my reaction was to want to take it off him and get him to leave it at home. After all, you don’t need a bucket to do school pick up.

Then, there he was, Matt Sanders, like my own personal Obi Wan Kenobi: “if it doesn’t matter, say yes.”

And you know what? There was no real reason as to why he CAN’T take a bucket to school. So off we went, with the bucket.

And when we learn to let go of the stuff that doesn’t matter, we can save our energy for holding limits when we DO have to.

Or, the TL;DR version: pick your battles.

Please respect the work of authors, photographers, and artists. You are welcome to share provided you include appropriate credit and do not crop out author’s names from quote memes. Thank you.